After a request from the Australian Chamber Orchestra to put online (for overseas 'interests') a couple of specific snippets from the Reef a week or so back I uploaded what we call Orawa, named after the music behind it, composed by Wojciech Kilar.

It's one of my favourites, mainly because it took me a fair bit of pain to edit, some 46 hours or so, and perhaps too because there is a certain hypnotic quality to the cut, and the music. It is intended in its positioning in the film as a whole to be a transition from an extended exploration of the inland... back to the sea. After the protracted dry you certainly won't get any wetter unless you jump in yourself.

As to this past week or so, there have been a couple of days of good waves, I've been plugging away at my various 'projects', the world economy is slow and don't I know, but progress is a happening and I have optimism buds a blossoming. We are about to re enter the edit suite for a couple of weeks to do a bit of tweaking for the Reef East Coast Tour. My magazine project now has two partners, one editorial, and one business. A design college is interested in me doing some teaching. Next year looks like it will be full.

Now if only I can convince my darling wife Sue the coast is a nice place to live, even for a city girl from London. So far it is a big ask.

Today's pics a from a wander to a favourite cliff edge during a a windy day earlier this week. I like watching the wisps off the backs of waves in a blow. Black and white suits I think. All very low key, plus some sticks, and Orawa at the end. ( click on it to watch full screen.. it is worth it, just settle in to the windmill and relaxxxx)

Once this is posted it's onshore slop for me... a slight change from Bells a couple of days back, also included. 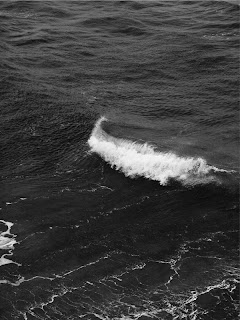 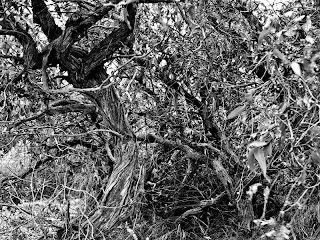 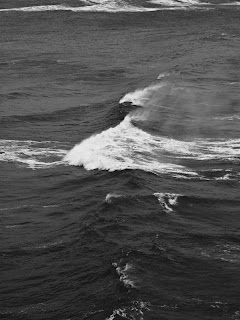 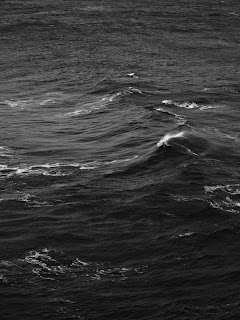 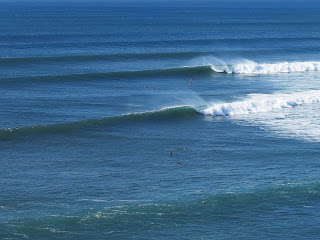 Orawa from Mick Sowry on Vimeo.
Posted by Mick at 9:45 AM No comments:

We're into a run of on shore winds.

Moments flicker where a wave can be ridden, though my chances have been sabotaged largely as work and family take priority.

Last week was a little different. I had Richard Tognetti of the ACO down for a holiday so we could combine work and the odd surf in some pretty tasty conditions.

Surfing being the new golf we really could claim productive time as we talked through some tickles to The Reef, and managed to catch some mighty fine waves too.

As the Sydney Concert of The Reef is going to be telecast on Australia's ABC next month, and a making of documentary shown the preceding week, I thought it time to give another, extended, taste. More challenging this time. After a delightful blast of Rameau's Les Boreades with Ryan Burch's windy artistry on an unglassed piece of polystyrene, we explore the darker inner land of The Reef with interpretations of Ligeti's Ramifications, and George Crumb's Night of the Electric Insects.

Pic to accompany the clip. Winki last Wednesday. I was getting barrelled at Bells. 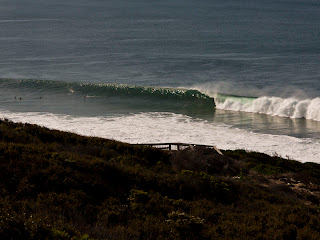