After the Reef and back into the real world, the last weeks have been spent dealing with the odd paying job coming in while working on developing 'its next stage", which, if we manage what I have in mind, will be a cracker to do.

Some of this paying job stuff has been pretty low budget. Farming out the work is a no go, so, in the instance below, where I needed an illustration of a rather aggressive looking carnivorous plant (don't ask), it was up to me. As I rarely do this sort of thing the result drew an internal smile and filled a cold and blustery afternoon.

It's been a long winter, the water down to around 12 or 13 degrees celsius, which, if you come from Nova Scotia or New York might be deemed downright tropical as far as winters go, but mix it with 5 degree air and a 30 knot offshore and it will still invoke sharp intakes of breath accompanied by the more than occasional ice cream headache.

Along with all the shivering has been a pretty sporadic collection of swells, the usual outcome of a weather curiosity that goes hand in hand with a pumping surf season on Australia's east coast. One of the great years in memory again means the Vicco coast gets a little bit skunked.

It's all relative though, as the other pic attests. A very nice four foot day at Winkipop last week and at last a snap of this particular vaguely porky near senior citizen doing a half decent top turn courtesy of local snapper Steve Ryan. 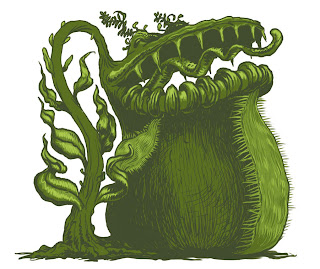 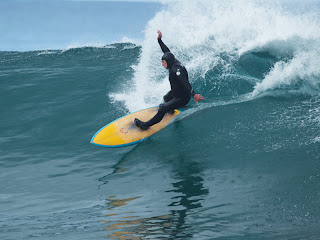 I'd resisted posting any more clips from The Reef as, out of context, it is easy to misconstrue what it is all about.

Then I discover Jonny Frank has posted the piece I called The American Boy on his site.

It had been the logical choice for a new addition so I was stoked in a way he'd taken the plunge.

The reason I'd referred to it in this way was that my edit to the opening of the third movement of George Crumb’s Black Angels (God Music) was a reaction to the time the piece was written (during the Vietnam war) and the presence amongst us of an American Boy in the form of the virtuosic Ryan Burch.

I was aware of the circumstances behind the piece and I'd been thinking of the impact of war on the lives of so many young men through the ages. Ryan, at 23, is a soldierly age, but to see his constant, joyful expression of life and possibility throws the waste of war into a very bitter focus.

Born in another time he could have been standing in a padi field in Vietnam.

Here he rejoices in being young, alive, very goofy, and doing what he was so clearly born to do.

As ever working with the brilliant vision Jon was so constantly providing made it an absolute blast to work on, and the music, played on cello and wine glasses, is, well, God Music.

*Please note.. it opens in silence as it transitions from the previous sequence in The Reef.

God Music from 'The Reef' starring Ryan Burch from Jon Frank on Vimeo.
Posted by Mick at 9:50 PM 4 comments: