An amazing run of swell hereabouts over the last week or so. Relentless and perfect at times, with one big raw evening touching big enough for some rather long boards to get a run without seeming silly.

Bell's when it gets over a certain tipping point becomes rather hard to catch. At a size somewhere around maybe three to four times overhead, the big fat lumps have a habit of going from zero to hero in a very sudden second. An early hook in makes it all the easier, and for a while I wasn't getting it. A six ten and old bones meant a couple of cartwheels down the face, but somehow the old rheumy eye dialled in and I managed four or five giggles before dark by sitting in, and under the lip, letting the fates guide me down.

For the rest of the past week the endless perfection allowed, amidst the crowds, quite a bit of fun.

I also did some filming, albiet not that successfully as I was having camera operator issues, which means, really, that I'm a bit better at directing than shooting, though I am working on it. Jon Frank. Respect.

The shots are from the smaller, more shapely yesterday morning of the larger night before. I do have to say it is not a bad set of reefs to have just up the road. 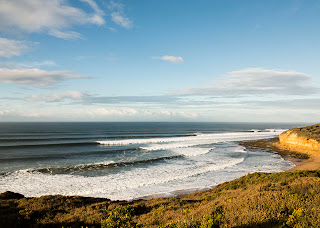 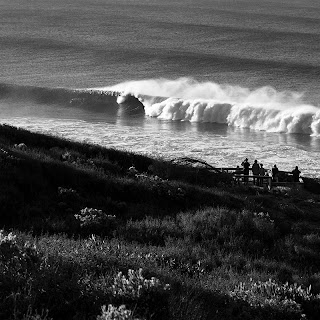 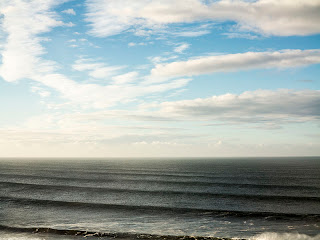